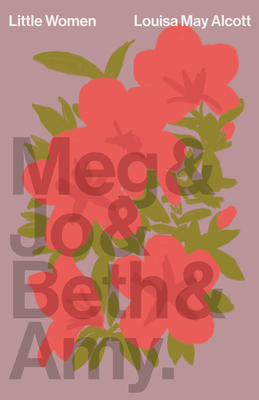 A Vintage Classics edition of Louisa May Alcott's beloved and influential story of the March sisters, which is once again a major motion picture. First published in 1868, and based on Louisa May Alcott's own unusual family, the novel brought to life some of American literature's most spirited female characters—and this edition has a fresh new cover to match the vibrancy of these heroines.

Little Women has long been one of the most enduringly beloved classics of children's literature, as popular with adults as it is with young readers. Generations have been entranced by the adventures of the four March sisters, each with their distinct and realistic virtues and flaws: tomboyish, ambitious Jo; frail and sweet Beth; beautiful, confident Meg; and artistic, willful Amy. With their patient mother, Marmee, they survive the hardships of the Civil War and the dramas and tragedies of family life.

LOUISA MAY ALCOTT (1832 -1888) was an American writer best known for her novel Little Women and its sequels, Little Men and Jo's Boys, which were inspired by her own family. She was raised by Transcendentalist parents in New England and grew up knowing many prominent intellectuals, including Emerson, Hawthorne, Thoreau, and Longfellow.

"Amy, Beth, Meg and Jo--who was probably why I became a writer--were my family and friends." --Gloria Steinem

"I remember Louisa May Alcott's heroines more vividly than some real people I dimly recall from [my early] years." --Francine Prose

"Little Women, an indelibly formative reading experience for so many of us, exists almost in a category of its own." --Sarah Lyall