Behind A Mask (Paperback) 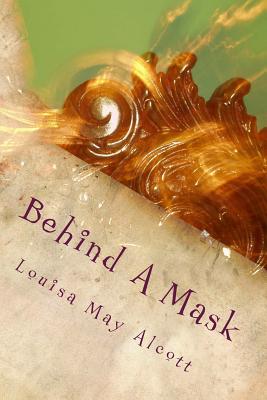 Though best known for the lighthearted look at family life and sisterly relationships in Little Women, some of Louisa May Alcott's work touched on more socially significant themes. Behind a Mask, Or a Woman's Power is one of several works that Alcott penned under a pseudonym. Perhaps freed by the anonymity this guise granted, she delves deeply into issues of gender, family, and social class in this story that focuses on the relationship between a governess and the family she works for.

Louisa May Alcott (November 29, 1832 - March 6, 1888) was an American novelist and poet best known as the author of the novel Little Women (1868) and its sequels Little Men (1871) and Jo's Boys (1886).[1] Raised by her transcendentalist parents, Abigail May and Amos Bronson Alcott in New England, she also grew up among many of the well-known intellectuals of the day such as Ralph Waldo Emerson, Nathaniel Hawthorne, and Henry David Thoreau. Alcott's family suffered financial difficulties, and while she worked to help support the family from an early age, she also sought an outlet in writing. She began to receive critical success for her writing in the 1860s. Early in her career, she sometimes used the pen name A. M. Barnard, under which she wrote novels for young adults.