From Hell to Breakfast (Paperback) 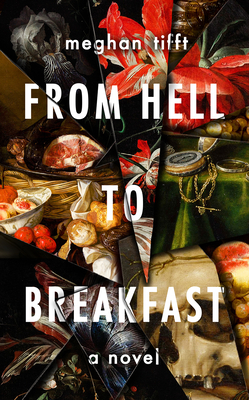 "The novel serves ingeniously as a Rorschach test for our own perceptions and concerns, leading us to look for the answers and logic we want... anyone enjoying the experimental, the strange and the dreamy -- not to mention Tifft's exquisitely specific and strange descriptions -- will surely find much pleasure in From Hell to Breakfast." --Washington Post
Lucinda's boyfriend Dracula claims to be the Dracula--he sleeps in a coffin, hunts pigeons for blood, and only goes out at night. But is he really? Unsettlingly, there has been a spate of recent disappearances and Dracula may be connected. Lucinda doesn't know for sure or which is more dangerous: dating an immortal vampire or a UPS driver with a night shift who thinks he's one? While Dracula sleeps, Lucinda works at a smoothie shop where her boss is a creep, and their neighbor is always either belting out Whitney Houston or yelling in Russian through the walls. Lucinda focuses on the play she's written that's being produced by the community theatre and a pair of sibling actors, Rory and Lauren, she's met there. Rory is clearly infatuated with Lucinda, and while she is out all day Dracula ruminates on next steps. Their other neighbor is a bicycle cop who clearly has it out for him, the landlord claims to have never seen Lucinda, and Lucinda's brother Warren is constantly asking for Dracula's help killing birds for his art. As the play's premiere draws nearer, sinister forces are at work, though it may just be the fault of amateur actors. Meghan Tifft creates an alternate small town America, one brimming with strange delights and dark curiosities, where you can be whoever you want, thought not really, and somebody's dinner is always another person's breakfast.

Meghan Tifft is the author of The Long Fire. She lives in Colorado Springs, CO.