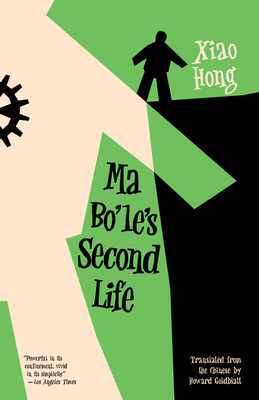 Ma Bole follows the eponymous cowardly layabout as he escapes his unhappy family life by going on the run to avoid the coming Japanese invasion. A humorous-yet-stark depiction of despair in the face of war and Westernization, Xiao's novel (completed by the translator) mirrors the identity struggles of early-twentieth century China in the form of an unforgettable comic anti-hero.

XIAO Hong (1911 - 1942) was one of the most important Chinese novelists of the twentieth century. With a literary output covering less than ten years, her impact is still felt today with such novels as The Field of Life and Death, Memories of Mr. Lu Xun, and Tales of Hulan River. She is the subject of the 2014 biopic, The Golden Era. Over the course of his career, Howard Goldblatt has translated more than sixty works of Chinese literature, including the works of Nobel Prize-winner Mo Yan, and Chu T'ien-wen, for which he won the National Translation Award. In 2009 he received a Guggenheim Fellowship, and recently retired from Notre Dame University.