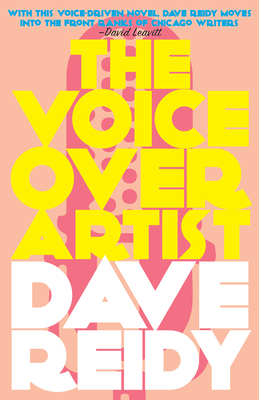 By Dave Reidy
$15.95
Available from our distributor; usually Ships in 1-5 Days

Simon Davies suffers a crippling stutter inherited from his father. At the age of seven, he decides to stop speaking completely--eventually rendering his vocal cords useless from atrophy. Unable to speak, Simon finds solace in the voices piping through his bedside radio. Eighteen years later, Simon rebuilds his voice and learns to mostly manage his stutter with a series of subtle tics he's developed to loosen his vocal cords. He moves to Chicago and pursues his lifelong dream of becoming a voice on the radio--a voiceover artist. Meanwhile, his younger brother Connor, in every way more confident and charming than Simon, attempts to take his prodigious talent for improv comedy from the barroom stages of Chicago to the television studios of 30 Rockefeller Plaza in New York City. Coming out of his years of silence, Simon seeks to balance his relationship with his brother, forcing Connor to examine what brotherhood and success mean to him. Told in a series of first-person narratives by the characters who weave in and out of Simon's life, The Voiceover Artist considers the complexities of family and celebrates the heart with which we fight to fulfill our dreams.

Dave Reidy's fiction has been published by Granta and other journals. His first book, Captive Audience, a collection of short stories about performers, was named an Indie Next Notable Book by the American Booksellers Association. Reidy works at closerlook, inc., where he is the Creative Director. He lives in Chicago.