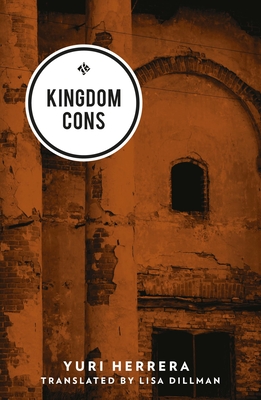 From the author of "A Silent Fury," available Summer 2020.

"Herrera's novels are like little lights in a vast darkness. I want to see whatever he shows me."--Stephen Sparks, Green Apple Books

"The Transmigration of Bodies goes straight for the soul."--John Powers, NPR Fresh Air

In the court of the King, everyone knows their place. But as the Artist wins hearts and egos with his ballads, uncomfortable truths emerge that shake the Kingdom to its core. Part surreal fable and part crime romance, this prize-winning novel from Yuri Herrera questions the price of keeping your integrity in a world ruled by patronage and power.

Born in Actopan, Mexico, in 1970, Yuri Herrera's English-language debut Signs Preceding the End of the World won the 2016 Best Translated Book Award. His follow-up The Transmigration of Bodies has built on the critical and popular success of its predecessor. He teaches at Tulane University in New Orleans.

Lisa Dillman is a US translator based in Atlanta, Georgia, where she translates Spanish, Catalan, and Latin American writers and teaches in the Department of Spanish and Portuguese at Emory University. She won the 2016 Best Translated Book Award for her translation of Yuri Herrera's Signs Preceding the End of the World.