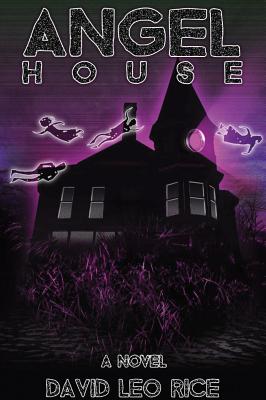 One of Dennis Cooper's favorite books of 2019. Fiction. After crossing a vast inland sea in an ark called ANGEL HOUSE, Professor Squimbop docks on a distant shore. As soon as his anchor makes purchase, a town sprouts up that may or may not encapsulate all of existence. At the behest of some distant master, he embarks into this town to teach the children about death, a concept they've never encountered before. What follows is a surreal epic about friendship, childhood, solitude, creation, and the darkest realms of obsessive nostalgia. Both tender and depraved, familiar and bizarre, it is an utterly original coming-of-age story that questions how we can establish a shared reality when meaning was, is, and will always be malleable. "David Leo Rice's ANGEL HOUSE is a haunting novel--brave, astute, and strange in all the best ways. I highly recommend it "--Brandon Hobson "Early in ANGEL HOUSE, one of the characters thinks 'As soon as one thing becomes uncanny, everything else follows, ' and, in this novel where everything is at once familiar and deeply strange, you would do well to heed those words. If you like the idea of Marwencol as scripted by Daniel Paul Schreber with punch-up by Ben Marcus, this is the book for you."--Gabriel Blackwell "Videotapes that create portals to other worlds, children levitated by a radio announcer's voice, and a decaying town where women are a hazy memory--that's just the set-up for David Leo Rice's engrossing ANGEL HOUSE. This fantastical novel unravels expectations on every page, while the stories it tells about identity, memory, and community begin to feel hauntingly familiar."--Jeff Jackson "David Leo Rice's ANGEL HOUSE could be described as the story of one year in the life of an isolated town, and the dreams and frustrations of its conflicted residents. But that might not be entirely accurate, because it's also a headfuck of utterly monumental proportions--think endlessly transforming bodies, bifurcated consciousnesses, sinister entities transcending time and space, and terrifying bear-people. If Julio Cortaz r wrote cosmic horror, it might look something like this."--Tobias Carroll "Lash yourself to the mast of your ark as you set sail for the siren song of David Leo Rice's imagination. Make anyone else on deck promise to bind you tighter the more you beg for release. In all the angel-towns you've ever haunted on all the demon-shores you've ever died, the only map that matters is the one Rice has written. The emerging cult novelist of today's moment, he's the reigning surrealist sorcerer of tomorrow's century."--Steve Erickson "Unlike anything else you will read this year, David Leo Rice's ANGEL HOUSE is at once an ode to memory, a de- and (re-) construction of what it is to be human, and a writer's-eye look at how and why we make stories and civilizations. Spinning outward from a core of surreal humor, Rice's second novel is the work of a fantastic and growing talent, one who aims to alter our very perceptions of reality. Evoking Sterne's Tristram Shandy in its sense of narrative whimsy and Pynchon in its use of multivalent symbology, ANGEL HOUSE presents the possibilities of meaning and nihilism, often simultaneously. For readers anxious to be intellectually challenged, this book is a treasure drawn from the eternal depths of our own Inland Sea."--Kurt Baumeister "A mind-bending, heartbreaking exploration of small towns and the legions upon legions of ghosts they contain. Elegant, freaky, and visionary--a must read "--Guy Maddin.