Zoo Nebraska: The Dismantling of an American Dream (MP3 CD) 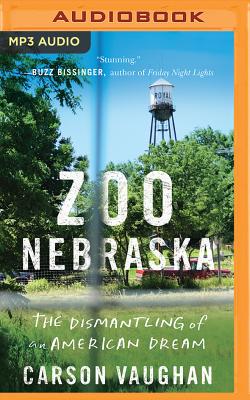 By Carson Vaughan, Patrick Girard Lawlor (Read by)
This item is currently unavailable and can not be ordered.
Unavailable