Up Jumped the Devil: The Real Life of Robert Johnson (Compact Disc) 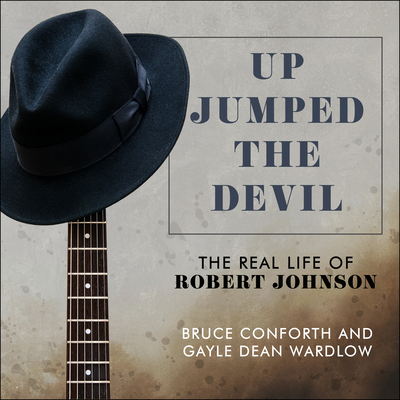 Robert Johnson is the subject of the most famous myth about the blues: he allegedly sold his soul at the crossroads in exchange for his incredible talent, and this deal led to his death at age twenty-seven. But the actual story of his life remains unknown save for a few inaccurate anecdotes. Up Jumped the Devil is the result of over fifty years of research. Gayle Dean Wardlow has been interviewing people who knew Robert Johnson since the early 1960s, and he was the person who discovered Johnson's death certificate in 1967. Bruce Conforth began his study of Johnson's life and music in 1970 and made it his mission to fill in what was still unknown about him. In this definitive biography, the two authors relied on every interview, resource, and document, most of it material no one has seen before. As a result, this book not only destroys every myth that ever surrounded Johnson, but also tells a human story of a real person. It is the first book about Johnson that documents his years in Memphis, details his trip to New York, uncovers where and when his wife Virginia died and the impact this had on him, fully portrays the other women Johnson was involved with, and tells exactly how and why he died and who gave him the poison that killed him. Up Jumped the Devil will astonish blues fans who thought they knew something about Johnson.