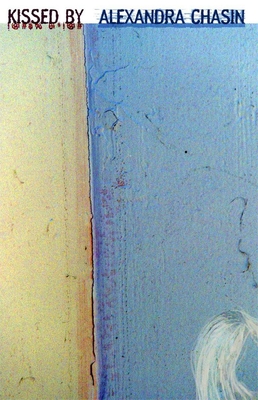 By Alexandra Chasin
This item is currently unavailable and can not be ordered.
Unavailable

Alexandra Chasin’s remarkable stories employ forms as diverse as cryptograms (in "ELENA=AGAIN") and sentence diagrams (in "Toward a Grammar of Guilt") to display her interest in fiction as al form constituted by print on the page, every bit as much as poetry.

In "They Come From Mars," the words are arrayed on the page like troops, embodying the xenophobic image of invading armies of immigrant and illegal aliens that animates the narrative. One story incorporates personal ads ("Lynette, Your Uniqueness"), another is organized alphabetically ("2 Alphabets"), while another leaves sentences unfinished ("Composer and I"). A number of stories take metafictional turns, calling attention to the process of writing itself. The last piece in the collection plays with genre distinctions, including an index of first lines and a general index. Set in New York, New England, Paris, and Morocco, these tales are narrated by men and women, old and young, gay, straight, and bisexual; one narrator is not a person at all, but a work of art. Each of these deft, playful, and sometimes anarchic fictions is different from the others,
yet all are the unmistakable offspring of the same wildly inventive imagination.

Alexandra Chasin has taught literary, cultural, and gender studies at Boston College, Yale University, the University of Geneva, and Columbia University. She is the author of Selling Out: The Gay and Lesbian Movement Goes to Market. Her fiction has appeared in AGNI, Chain, sleeping fish, West Branch, Phoebe, The Capilano Review, and online in Exquisite Corpse, DIAGRAM, and elimae. A past recipient of a Bunting Fellowship and a Whiting Fellowship, Chasin now teaches in the Writing Department at Lang College, The New School. Kissed By is her first book of fiction.