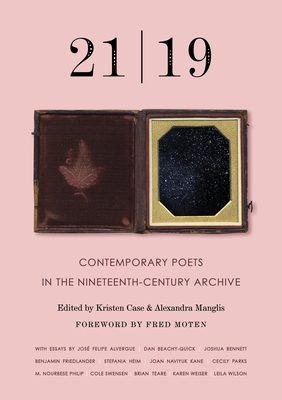 The nineteenth century is often viewed as a golden age of American literature, a historical moment when national identity was emergent and ideals such as freedom, democracy, and individual agency were promising, even if belied in reality by violence and hypocrisy. The writers of this "American Renaissance"--Thoreau, Fuller, Whitman, Emerson, and Dickinson, among many others--produced a body of work that has been both celebrated and contested by following generations. As the twenty-first century unfolds in a United States characterized by deep divisions, diminished democracy, and dramatic transformation of identities, the co-editors of this singular book approached a dozen North American poets, asking them to engage with texts by their predecessors in a manner that avoids both aloofness from the past and too-easy elegy. The resulting essays dwell provocatively on the border between the lyrical and the scholarly, casting fresh critical light on the golden age of American literature and exploring a handful of texts not commonly included in its canon. A polyvocal collection that reflects the complexity of the cross-temporal encounter it enacts, 21 - 19 offers a re-reading of the "American Renaissance" and new possibilities for imaginative critical practice today.

Alexandra Manglis is an editor, writer of short fiction and creative non-fiction, and co-founder of the experimental poetry magazine Wave Composition. Her work has appeared in The Millions, the Times Literary Supplement, the Los Angeles Review of Books, and Strange Horizons. She is an enthusiastic alumna of the Clarion West Writers Workshop and holds a D.Phil. in English from the University of Oxford. She lives in Nicosia, Cyprus. Kristen Case is the author of the critical study American Pragmatism and Poetic Practice: Crosscurrents from Emerson to Susan Howe. Her first poetry collection, Little Arias, won the Maine Literary Award for Poetry in 2016, and her second collection, Principles of Economics, won the 2018 Gatewood Prize. She is co-editor of Thoreau at 200: Essays and Reassessments and director of Thoreau's Kalendar: A Digital Archive of the Phenological Manuscripts of Henry David Thoreau. She teaches at the University of Maine at Farmington, where she is director of the New Commons Project, a public humanities initiative sponsored by the Mellon Foundation. She lives in Temple, Maine.