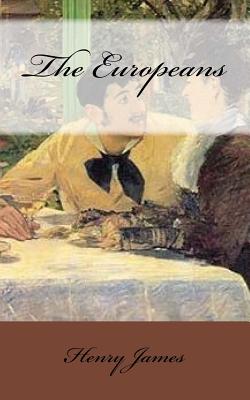 By Henry James
$16.00
Available from our distributor; usually Ships in 1-5 Days

The Europeans: A sketch is a short novel by Henry James. It is essentially a comedy contrasting the behaviour and attitudes of two visitors from Europe with those of their relatives living in the 'new' world of New England. One of the most important themes of the novel is the comparison between European and American women, which James stresses through the great difference existing between Eugenia and the Wentworth ladies. Madame M nster is independent, modern, and displays hauteur. Gertrude and Charlotte lack this self-possession. For example, they tend to comply with their father's suggestions. When Mr. Wentworth tries to arrange a marriage between Mr. Brand and Gertrude to which she objects, it is difficult for her to clearly express her preference. The sisters spend most of their free time with the family, until the moment in which Gertrude discovers herself to be in love with Felix. Her love encourages her to take a new perspective on the world and to resist the presumptions of her family. She reacts against her father's decision regarding Mr. Brand, explaining that she will never marry a man she does not love. Instead, Gertrude will marry Felix and leave America. The difference between Europeans and New Englanders manifests itself in particular in the expression of feelings and emotions, which are very sensitive for the former: love is more important than money. Moreover, American people are more straitlaced and they have closer links with tradition. The most important thing in life for those living in the 'New World' is, ironically, respecting old traditions and accepting the rules of a good morality. Mr Wentworth is profoundly surprised and fascinated by Eugenia's marriage experience as well as Robert Acton's; in the Americans' eyes, Eugenia is a perplexing woman.