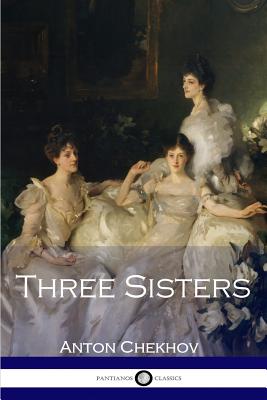 By Anton Chekhov
$7.48
Available from our distributor; usually Ships in 1-5 Days

Chekhov's excellent play Three Sisters depicts intense family drama between the trio of sisters and their respective love interests.
First released to the public in 1901 and an immediate success on the theatre, Three Sisters has been translated and performed in many languages. Theatrical runs continue throughout its native Russia, whilst adaptations for the radio and theatre worldwide are numerous.
The play opens by introducing the characters - Olga, the eldest at twenty-eight, Masha, the middle child at twenty three, and Irina, the youngest aged twenty. Each hold different talents and vocations - Olga is a competent schoolteacher who is promptly promoted for headteacher, Masha is a pianist who has undergone classical training, and Irina has dreams of meeting a love true and pure in the great city of Moscow. Andrei is their brother, highly intelligent and set to become a Professor in Moscow - he has his sights set on Natasha, who in the beginning appears a shy, oft-mocked young girl.
Upon introducing the characters, Anton Chekhov quickly moves onto the first event - Irina's twenty-first birthday, which also happens to be the one year anniversary of the sisters' father's death. Thus all the characters unite in celebration, setting the stage for the dramas to follow.
Lauded for its subtlety, emotive depth and sympathetic cast of characters, Three Sisters is to this day rated as one of Chekhov's best plays.