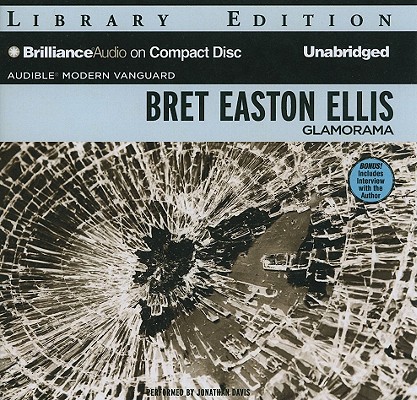 An awesome reckoning of the American Century at endgame. In Glamorama, a young man is gradually, imperceptibly drawn into a shadowy looking-glass of high society and then finds himself trapped on the other side, in a much darker place where fame and terrorism and family and politics are inextricably linked and sometimes indistinguishable. At once implicated and horror-stricken, his ways of escape blocked at every turn, he ultimately discovers -- back on the other, familiar side -- that there was no mirror, no escape, no world but this one in which hotels implode and planes fall from the sky.

Bret Easton Ellis accomplishes the transitions from comic to surreal to horrific to humane with astonishing confidence. Matching ambition with artistic maturity, Glamorama is at once hilarious, savage in its worldly observation, and compassionate in its vision: a defining novel of our times.

"One of the passing delights of Glamorama is to imagine how scholars of postmodern fiction will explain it a century hence...Ellis invests a fresh hell on every page... And] through all this mayhem the style remains mysteriously elegant." (The New Yorker)