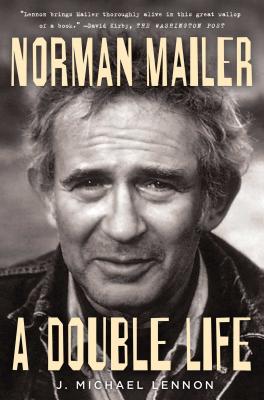 By J. Michael Lennon
This item is currently unavailable and can not be ordered.
Unavailable

The "glorious...sweeping, full-scale biography" of Norman Mailer, the famous novelist, journalist, and public figure: "There's not a paragraph in this enormous book that doesn't contain a nugget of something you...wish you had known" (The New York Times). Norman Mailer was one of the giants of American letters, and one of the most celebrated public figures of his time. He was a novelist, journalist, biographer, and filmmaker; a provocateur and passionate observer of his times; and a husband, father, and serial philanderer. Perhaps nothing characterized Mailer more than his ambition. He wanted not merely to be the greatest writer of his generation, but a writer great enough to be compared to Dostoevsky and Tolstoy. As Michael Lennon describes, although he considered himself first and foremost a novelist, his greatest literary contribution may have been in journalism, where he used his novelistic gifts to explore the American psyche. He would return to certain subjects obsessively: John F. Kennedy, Marilyn Monroe, sex, technology, and the intricate relationship of fame and identity. Lennon captures Mailer in all his sharp complexities and shows us how he self-consciously invented and re-invented himself throughout his lifetime. Michael Lennon knew Mailer for thirty-five years, and in this definitive biography, he had the cooperation of Mailer's late widow, Norris Church, his ex-wives, and all of his children, as well as his sister, Barbara. He also had access to Mailer's vast, unpublished correspondence and papers, and he interviewed dozens of people who knew Mailer. In Norman Mailer: A Double Life he "brings Mailer thoroughly alive in this great wallop of a book...and he captures the entirety of a man who embodied his era like no other" (The Washington Post).