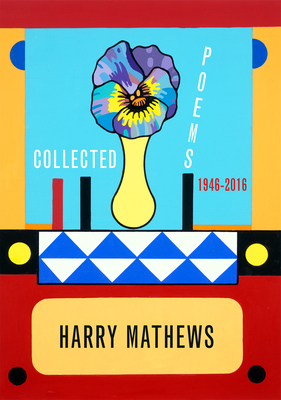 By Harry Mathews
$28.00
Available from our distributor; usually Ships in 1-5 Days

Poetry. Art. Preface by Arlo Haskell. Introduction by Daniel Levin Becker. Harry Mathews (1930-2017) was among the most inventive and unorthodox writers of his generation. His novels earned comparisons to Vladimir Nabokov and Thomas Pynchon and bear the mark of one who learned "never to settle for results that are merely reassuring." But Mathews was a poet first, and he prized poetry for its transformational and redemptive power. COLLECTED POEMS: 1946-2016 gathers seven prior collections, together with poems never before published in book form. Poems dedicated to John Ashbery, James Schuyler, and Kenneth Koch show Mathews's origins and commonalities with the poets of the New York School. Others reveal his obsession with the puzzles that animate the Oulipo, the famous French group of writers and mathematicians, in which Mathews was long the sole Ameri-can member. But Mathews's work transcends these affiliations. His maverick avant-gardism is all his own, nourished by wellsprings of romanticism and metaphysical fervor, in dialogue with literature, music, and art from the medieval to the modern period. For Mathews, it was "much more interesting to be curious about a riddle than to find its solution." His ability to fuse the world of facts with invented wildernesses of his imagining will give readers much to untangle, while his sensuality, wit, and affection for life's beauties, sorrows, and absurdities are their own rewards. COLLECTED POEMS: 1946-2016 augments and clarifies the extraordinary achievement of a singular American writer.