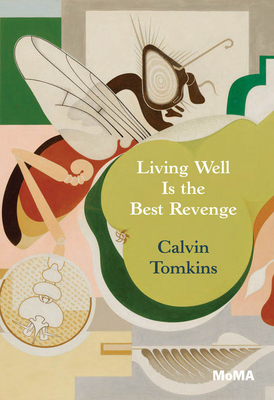 By Calvin Tomkins
$15.95
Available from our distributor; usually Ships in 1-5 Days

First published in 1971 and now available for a younger generation with a new introduction by the author, Living Well Is the Best Revenge is Calvin Tomkins' now-classic account of the lives of Gerald and Sara Murphy, two American expatriates who formed an extraordinary circle of friends in France during the 1920s. First in Paris and then in the seaside town of Antibes, they played host to a cast of some of the most memorable artists and writers of the era, including Cole Porter, Pablo Picasso, Fernand L ger, Ernest Hemingway and Scott and Zelda Fitzgerald. It was in Paris that Gerald Murphy first encountered Cubist painting, which prompted him to embark on an all-too-brief career as a painter--roughly from 1922 to 1929--during which he produced 15 works, seven of which survive, and every one of which is a unique American modernist masterpiece. This dazzling phase of work was brought to a close in 1929, when one of the Murphys' sons, Patrick, was diagnosed with tuberculosis and the family returned to New York. When their second son, Boath, succumbed to meningitis in 1935, and Patrick's death followed shortly thereafter in 1937, Murphy hung up his brush. Despite the brevity of Murphy's oeuvre, the intensity of its conception and its recently acknowledged status as a crucial precedent to Pop art have elevated Murphy's reputation considerably. In 1974, The Museum of Modern Art mounted the first Gerald Murphy retrospective. Illustrated with nearly 70 photographs from the Murphys' family album and with a special section on Murphy's paintings, Living Well presents a fascinating Lost Generation chronicle as charming and enticing as the couple themselves.