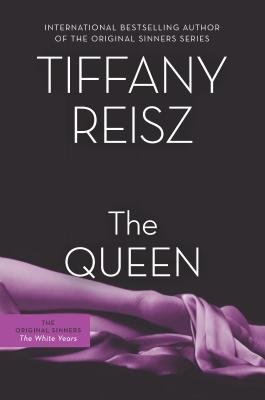 By Tiffany Reisz
$15.99
Available from our distributor; usually Ships in 1-5 Days

Once upon a time, Nora and S ren made a fateful deal--if he gave her everything, she would give him forever. The time has finally come to keep their promises. Out of money and out of options after her yearlong exile, Eleanor Schreiber agrees to join forces with Kingsley Edge, the king of kink. After her first taste of power as a Dominant, Eleanor buries her old submissive self and transforms into Mistress Nora, the Red Queen. With the help of a mysterious young man with a job even more illicit than her own, Nora squares off against a cunning rival in her quest to become the most respected, the most feared Dominatrix in the Underground. While new lovers and the sweet taste of freedom intoxicate Nora, she is tempted time and time again by S ren, her only love and the one man who refuses to bow to her. But when S ren accepts a new church assignment in a dangerous country, she must make an agonizing choice--will the queen keep her throne and let her lover go, or trade in her crown for S ren's collar? With a shattering final confession, the last link in the chain is forged in The Original Sinners saga. It's the closing chapter in a story of salvation, sacrifice and the multitude of scars we collect in the name of ecstasy--and love.