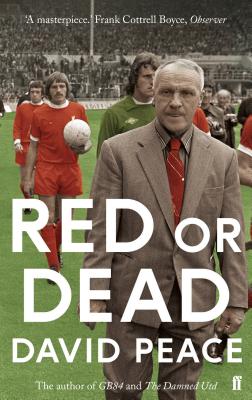 From the bestselling author of The Damned Utd comes the story of Bill Shankly, the first truly great football manager of the modern age. In 1959, Liverpool FC were in the Second Division. They had never won the FA Cup. Fifteen seasons later they had won three League titles, two FA Cups and the UEFA Cup. Liverpool FC had become the most consistently successful team in England, under their manager, Bill Shankly. Bill Shankly's job was his life. His life was football. His football a form of socialism. But in 1974, on the verge of even greater success in England and Europe, Bill Shankly shocked Liverpool and football and retired. This is the story of one man and his work, and of his life after that work. A man in two halves. Home and away. Red or dead.