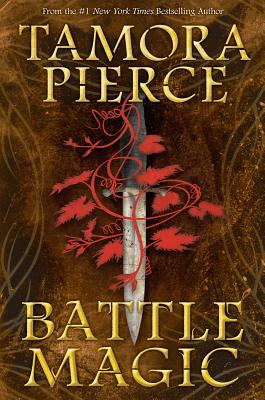 By Tamora Pierce
$17.99
Available from our distributor; usually Ships in 1-5 Days

On their way to the first Circle temple in Gyongxi, mages Briar, Rosethorn, and Evvy pay a visit to the emperor's summer palace. Although treated like royalty when they first arrive, the mages soon discover that the emperor plans to invade Gyongxi, posing a fatal threat to the home temple of the Living Circle religion. Accompanied by one of the emperor's prize captives, the three mages rush to Gyongxi to warn its citizens of the impending attack. With the imperials hot on their trail, Briar, Rosethorn, and Evvy must quickly help the country prepare for battle. But even with the help of new allies, will their combined forces be enough to fight the imperial army and win the war?

Tamora Pierce is the critically acclaimed author of more than twenty novels, including the Circle of Magic and The Circle Opens quartets, THE WILL OF THE EMPRESS, MELTING STONES, and, most recently, the NEW YORK TIMES bestselling Beka Cooper trilogy. She lives in New York State with her husband, Tim, and her seven cats and two birds. Visit her online at www.tamorapierce.com.

"This suspenseful tale is lit up with magic." --KIRKUS REVIEWS
"Pierce's accessible characters, vivid writing, and appealing emotional themes make this a winner." --THE HORN BOOK

Praise for THE WILL OF THE EMPRESS