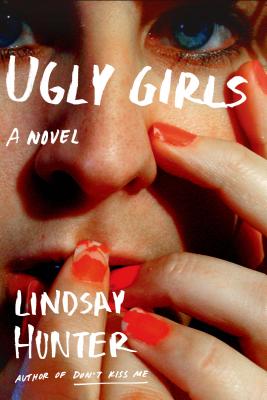 By Lindsay Hunter
This item is currently unavailable and can not be ordered.
Out of Print

Perry and Baby Girl are best friends, though you wouldn't know it if you met them. Their friendship is woven from the threads of never-ending dares and power struggles, their loyalty fierce but incredibly fraught. They spend their nights sneaking out of their trailers, stealing cars for joyrides, and doing all they can to appear hard to the outside world.With all their energy focused on deceiving themselves and the people around them, they don't know that real danger lurks: Jamey, an alleged high school student from a nearby town, has been pining after Perry from behind the computer screen in his mother's trailer for some time now, following Perry and Baby Girl's every move—on Facebook, via instant messaging and text,and, unbeknownst to the girls, in person. When Perry and Baby Girl finally agree to meet Jamey face-to-face, they quickly realize he's far from the shy high school boy they thought he was, and they'll do whatever is necessary to protect themselves.
Lindsay Hunter's stories have been called "mesmerizing. . . visceral . . . exquisite" (Chicago Tribune), and in Ugly Girls she calls on all her faculties as a wholly original storyteller to deliver the most searing, poignant, powerful debut novel in years.

Lindsay Hunter is the author of the story collections Don’t Kiss Me and Daddy’s and the novels Ugly Girls and Eat Only When You're Hungry, a finalist for the 2017 Chicago Review of Books Fiction Award. Originally from Florida, she now lives in Chicago with her husband, sons, and dogs.

“Lindsay Hunter is a dazzling talent, and with Ugly Girls she has written what will surely
go down as a new American classic. Every character is complex, every scene is dense as a bullet,
and every sentence pulses with electricity. Magnificent.” —Christina Henriquez, author of The Book of Unknown Americans

“Ugly Girls is a thrilling joyride of a novel, a dark and vital book that feels threatening in its rawness, its power, its unflinching portrait of youth. Lindsay Hunter lays bare the complexities of two girls' friendship-their taunting and cruelty, their rivalry and insecurity and abiding protectiveness-and she does it with urgency, wry humor, and surprising, menacing beauty” —Bret Anthony Johnson, Author of Corpus Christi and Remember Me Like This

“Lindsay Hunter is the mistress of grit, all the dirty little details that make a story feel real and sad and true.” —Jami Attenberg, author of The Middlesteins

“I am in awe of Lindsay Hunter. Her debut novel is a canny examination of American girlhood under pressure-gritty, terrifying, and funny as hell. As Perry and Baby Girl, bound together by a friendship that is at once tender and toxic, hurtle through their world of trailer parks and stolen cars and lies, the dangerous secrets they uncover are matched only by the darkness simmering within. Ugly Girls is spiky, electric, unforgettable” —Laura van den Berg, author of The Isle of Youth

“The first great twenty-first-century novel about the dirty realities of class has finally arrived.
Baby Girl and Perry are a pair of ugly outlaws conceived by one of America's great outlaw voices. They steal everything they can, but this is the type of book that's going to steal your time. You better get ready, people. To use Baby Girl's favorite word, this is one bad-ass 'bitch' of a book.” —Scott McClanahan, author of Crapalachia and Hill William