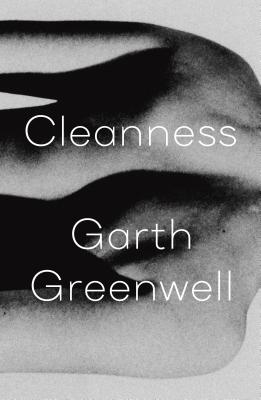 By Garth Greenwell
$26.00
On Our Shelves Now

“Cleanness is a trance-inducing read. I started this book and was immediately swept up in it, and before I knew it, hours had passed. Greenwell describes human relationships in raw, beautiful detail while also exploring the power dynamics at play. If Cleanness is not one of my favorite books of 2020, it will have been a spectacular year for books.”
— Hunter Gillum, Beaverdale Books, Des Moines, IA

In the highly anticipated follow-up to his beloved debut, What Belongs to You, Garth Greenwell deepens his exploration of foreignness, obligation, and desire

In this atmosphere of disquiet, an American teacher navigates a life transformed by the discovery and loss of love. As he prepares to leave the place he’s come to call home, he grapples with the intimate encounters that have marked his years abroad, each bearing uncanny reminders of his past. A queer student’s confession recalls his own first love, a stranger’s seduction devolves into paternal sadism, and a romance with another foreigner opens, and heals, old wounds. Each echo reveals startling insights about what it means to seek connection: with those we love, with the places we inhabit, and with our own fugitive selves.

Cleanness revisits and expands the world of Garth Greenwell’s beloved debut, What Belongs to You, declared “an instant classic” by The New York Times Book Review. In exacting, elegant prose, he transcribes the strange dialects of desire, cementing his stature as one of our most vital living writers.

Garth Greenwell is the author of What Belongs to You, which won the British Book Award for Debut of the Year, was longlisted for the National Book Award, and was a finalist for six other awards, including the PEN/Faulkner Award and the Los Angeles Times Book Prize. A New York Times Book Review Editors’ Choice, it was named a Best Book of 2016 by over fifty publications in nine countries, and is being translated into a dozen languages. His fiction has appeared in The New Yorker, The Paris Review, A Public Space, and VICE, and he has written criticism for The New Yorker, the London Review of Books, and the New York Times Book Review, among others. He lives in Iowa City.

Named a Most Anticipated Book of 2020 by The New York Times, The Guardian, The Washington Post, The Wall Street Journal, Esquire, Entertainment Weekly, Oprah Magazine, Salon, Vulture, Vol. 1 Brooklyn, The AV Club, InsideHook, The Chicago Review of Books, and The Rumpus

“Incandescent ... [Greenwell's] writing about sex is altogether scorching. You pick his novels up with asbestos mitts, and set them down upon trivets to protect your table from heat damage ...Greenwell has an uncanny gift, one that comes along rarely. Every detail in every scene [of Cleanness] glows with meaning. It’s as if, while other writers offer data, he is providing metadata ...This writer’s sentences are so dazzlingly fresh that it as if he has thrown his cape in the street in front of each one.”
—Dwight Garner, The New York Times Book Review

“Extraordinary ... The overall effect is even more impressive than [What Belongs to You] ... The range in these stories is part of their triumph and part of what makes their existential sorrow so profound ... Incomparably bittersweet ... Brilliant.”
—Ron Charles, The Washington Post

"Absolutely spellbinding . . . Exquisite in its handling of what for many readers will be taboo territory."
—Michael Upchurch, The Boston Globe

"Greenwell’s writing—long, dense sentences that often seem to act as heat-seeking missiles—seems married perfectly to the form of this book, where the usual narrative stitching of a novel is done away with. What we are left with are precise evocations of emotion and heat (and what heat! There is so much heat in this book it is sometimes difficult to hold). [Cleanness] thrums with life; it invites readers to a state of higher intensity, such that as you move through it you begin to feel an awareness of and an awe at the possibility that life could actually be lived that way.”
—Nellie Hermann, Los Angeles Times

“Greenwell's writing on language, desire, and sex in all their complex choreography vibrates with intensity, reading like brainwaves and heartbeats as much as words. Concerned with intimacy, its performance, and the inevitability of becoming and being oneself, this is in every way an enriching, deepening follow-up.”
—Booklist (Starred)

“The narrator [of Cleanness] pushes more sexual boundaries this time, and Greenwell admirably pushes them too by depicting those desires with an unflinching frankness. Sadomasochism, unprotected sex, the narrator’s voyeuristic attraction to one of his students: They are all elements of the story, portrayed in Greenwell’s precise, elegant style . . . Brave and beautiful.”
—Kirkus Review (Starred)

“A young American teacher’s reckonings with intimacy and alienation compose the through line of Greenwell’s elegant and melancholy volume . . . Greenwell writes about sex as a mercurial series of emotional states and is lyrical and precise in his descriptions of desires and motivations he suggests are not subject to control or understanding. This is a piercingly observant and meticulously reflective narrative.”
—Publishers Weekly

“Melancholy and lyrical, this slim volume confirms that Greenwell is among our finest writers on sex and desire.”
—Esquire (Most Anticipated)

“Few writers capture the dirt and shine of desire, how love and lust can brutalize and soothe, like Greenwell, the author of 2016’s game-changing What Belongs to You. Here, in this frequently breathtaking novel-in-stories, he follows a nameless American narrator walking among the shadows of Bulgaria’s underground gay scene in search of ‘the key to the latch of the self.’”
—Michelle Hart, O: The Oprah magazine online (Most Anticipated)

"If you read gay literary phenom Greenwell’s last novel, What Belongs to You, think of this as a sequel that doesn’t let chronology worry it...Look forward to more of the exquisite, high-wire sex writing that has earned Greenwell his reputation."—Hillary Kelly, Vulture (Most Anticipated)

“A tale of tumultuous romances, [Cleanness] is explicitly—almost incandescently—erotic. In scenes containing both tenderness and violence, Greenwell showcases his powers as a taxonomist of touch.”
—Cornelia Channing, Paris Review (Staff Pick)

“Cleanness is a sublime book, transcending not only autofiction or LGBTQ writing, but the very barrier between stories and novel, fiction and non-fiction.” – Ian J. Battaglia, The Chicago Review of Books

“The intense elegance of Garth Greenwell’s prose—even when he’s describing rough sex or embarrassing passes or drunkenness—always startles me. It’s insane that anyone should be this good at writing, that anyone should be able to stir up the emotions of strangers so quickly, so deftly.” – Emily Temple, LitHub

“If Henry James were alive in this strange century, if Thomas Mann had been allowed to write raw sex, if Virginia Woolf had slummed it more, if Proust had been born in Kentucky, if they all commingled their blood and brains, we might get something like Garth Greenwell. Cleanness lives between Europe and America, between novel and story, between fiction and the self. It is indescribable, and it is genius.”
—Rebecca Makkai, author of The Great Believers

“I don't know how Garth Greenwell writes such delicate, profane fiction. These stories are grace and salt, tenderness and shadow. Reading this book made me want to sit with my emotions and desires; it made me want to be a better writer.”
—Carmen Maria Machado, author of Her Body and Other Parties

“Garth Greenwell writes with remarkable power, vulnerability and an operatic beauty. Such is the compelling journey of the characters of this book that we come to a new understanding of the body, loneliness, risk, desire and even anguish, but also a tenderness, a hard-won grace that can and does transform. What he leaves us with is an absolute truth—love is what drives us all towards light, towards any kind of redemption, but we must earn it, we must give all to it.”
—Chris Abani, author of The Secret History of Las Vegas

“Cleanness is stunning, provocatively revelatory and atmospherically profound. Here is love and sex as art, as pulse, as truth.”
—Lisa Taddeo, author of Three Women

“An unbearably wonderful, eloquently sexual, thoughtful, emotional, delight of a novel—Garth Greenwell writes like no one else.”
—Eimear McBride, author of A Girl Is a Half-formed Thing

“Garth Greenwell, whose first book is a masterpiece, amazingly has written a second book that is also a masterpiece. The great enterprise that Joyce and Lawrence began—to write with utter literal candor about sex, grounding one’s moral life and philosophical insight in what that candor reveals about us—finds fulfillment, a late apotheosis, in Greenwell’s work. Cleanness is the act of a master.”
—Frank Bidart, author of Half-light: Collected Poems 1965-2016

“So rarely do words make comprehensible the inevitability and confusion of desire as Garth Greenwell’s writing does. His sensibility is akin to James Baldwin’s, and he observes the world with eyes like those of Tolstoy. With shimmering prose and undiluted intensity, Cleanness captures the indefinableness of pain and intimacy, love and alienation, vulnerability and sustainability.”
—Yiyun Li, author of Where Reasons End

“In Cleanness, I found an end to a loneliness I didn't know—until now—how to describe. Greenwell maps the worlds our language walls off—sex, love, shame and friendship, the foreign and the familiar—and finds the sublime. There are visceral shocks like I’ve never encountered in print, and they delighted me, again and again. With each plunge we take beneath the surface of life, lost and new worlds appear. This could only be the work of a master.”
—Alexander Chee, author of How to Write an Autobiographical Novel

“Cleanness reaches into the relationship between masculinity and violence with more depth than any book I’ve read in a very long time, and it does it by elaborating both the tender and brutal means that men who try to love other men employ to survive the violence they inherited and the violence they still possess. It is, in the best sense, a disturbing book for the simple reason that it speaks the truth.”
—Adam Haslett, author of Imagine Me Gone

“Garth Greenwell is an intensely beautiful and gorgeous writer. I can think of no contemporary author who brings as much reality and honesty to the description of sex—locating in it the sublime, as well as our deepest degradation, sweetness, confusion, and rage. Most American literature seems neutered by comparison. His perfect noticing extends to the way we experience love and loneliness, the feeling of exile, and the eternal search for home.”
—Sheila Heti, author of Motherhood

“Cleanness is an impressive book: moving, radical, both beautiful and violent, unexpected. Garth Greenwell is a major writer, and his writing provides us tools to affirm ourselves, to exist— to fight.”
—Édouard Louis, author of The End of Eddy

“Garth Greenwell’s sentences are magical and spellbinding. They breathe, and are alive, in completely unpredictable ways. Words are voyages, says John Donne. Greenwell is a novelist whose art makes a poet stand on his toes.”
—Ilya Kaminsky, author of Deaf Republic