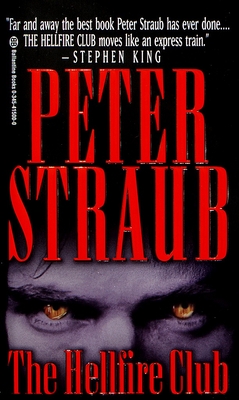 They are dying, one by one. Wealthy, middle-aged women in an exclusive Connecticut suburb. Their murderer remains at large. Nora Chancel, wife of publishing scion Davey Chancel, fears she may be next. After all, her past has branded her a victim . . . .

"Combines the intellectual-puzzle mystery with a powerful vein of psycho-thriller suspense."
--The Washington Post

Then Davey tells Nora a surreal story about the Hellfire Club, where years before he met an obsessed fan of Chancel House's most successful book, Night Journey--a book that has a strange history of its own. . . .

"One of the most chilling villains to come along since Hannibal Lecter."
--San Francisco Chronicle

Suddenly terror engulfs Nora: She must defend herself against fantastic accusations even as a madman lies in wait. And when he springs, she will embark on a night journey that will put her victimhood to rest forever, dead or alive. . . .

Peter Straub is the author of thirteen novels, and his books have been translated into twenty-one foreign languages. He is the recipient of the British Fantasy Award, the Bram Stoker Award, and two World Fantasy awards. Born in Milwaukee, Wisconsin, he resided in Ireland and England for a decade, and now lives in New York City.

“The Hellfire Club moves like an express train.”
—STEPHEN KING

“COMBINES THE INTELLECTUAL-PUZZLE MYSTERY WITH A POWERFUL VEIN OF PSYCHO-THRILLER SYSPENSE.”
—The Washington Post

“ONE OF THE MOST CHILLING VILLAINS TO COME ALONG SINCE HANNIBAL LECTER.”
—San Francisco Chronicle