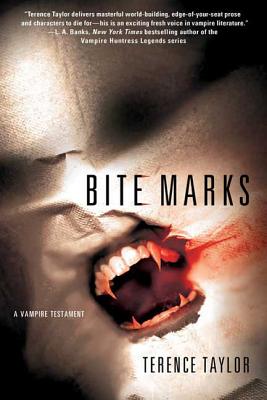 By Terence Taylor
$26.99
Available from our distributor; usually Ships in 1-5 Days

A teenage runaway is killed by a sadistic vampire with the pathology of a serial killer, who has stalked her family for over a decade. Brought back to life to feed on her child, she's killed again -- but not before reviving her first victim, her firstborn. The undead infant escapes, triggering a citywide search for a vampire baby whose existence threatens to expose the entire vampire society.

And they will stop at nothing to make sure that doesn't happen.
In the downtown art world/club scene of New York City, Steven and Lori, an artist and a writer, are in the middle of a bad break up. Instead of being able to simply move on, they are stuck with each other, bound by a contract to do a book on vampires. When they stumble across the real thing, will their feelings for each other intensify as they're reunited to battle monsters they scarcely believe exist?

TERENCE TAYLOR is an award-winning children's television writer, whose work has appeared on PBS, Nickelodeon and Disney, among many others. After a career of comforting young kids, he's now equally dedicated to scaring their parents. His short horror stories have been published in all three Dark Dreams anthologies. He is the author of Bite Marks and Blood Pressure. He is a member of the Writer's Guild of America East.

“Truly enjoyable and imaginative, this thrilling, convoluted yarn is sure to delight any vampire fan.” —Publisher's Weekly (Starred Review)

“Vampire readers, rejoice: Award-winning television writer Terence Taylor thrusts us into fresh territory with his debut novel, Bite Marks. With creepy images and characters real enough to believe in, Taylor takes us on a detective's journey through the vampire underground so convincing that you'll be glad to see the sun rise. Bite Marks is a must-read for fans of vampires and well-crafted paranormal fiction--just in the nick of time.” —Tananarive Due, American Book Award-winning author of Blood Colony