The Europeans: A Sketch (Paperback) 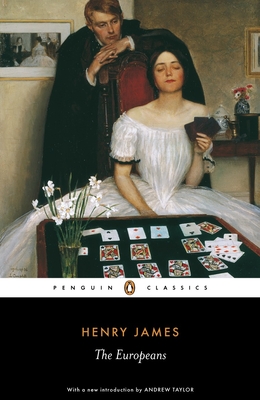 An incomparable Henry James novel in a new edition

Featuring a new introduction, it is a brilliant and sophisticated satire of manners and morals in the best Jamesian tradition. The Europeans, one of James's most popular and optimistic novels, has at its center an expatriated American raised in Europe who, determined to find a new husband, flees from her crumbling marriage and travels to Boston with her younger brother.

Henry James (1843-1916), born in New York City, was the son of noted religious philosopher Henry James, Sr., and brother of eminent psychologist and philosopher William James. He spent his early life in America and studied in Geneva, London and Paris during his adolescence to gain the worldly experience so prized by his father. He lived in Newport, went briefly to Harvard Law School, and in 1864 began to contribute both criticism and tales to magazines.

During his career he also wrote many works of criticism and travel. Although old and ailing, he threw himself into war work in 1914, and in 1915, a few months before his death, he became a British subject. In 1916 King George V conferred the Order of Merit on him. He died in London in February 1916.

Philip Horne has spent a decade looking at the thousands of James's letters in archives in the United States and Europe. A Reader in English Literature at University College, London, he is the author of Henry James and Revision and the editor of the Penguin Classics edition of James's The Tragic Muse.