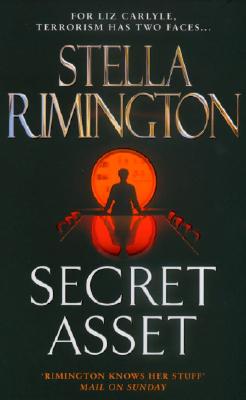 When M15 Intelligence Officer Liz Carlyle learns from one of her agents that there have been suspicious meetings in the Islamic bookshop where he works, she feels almost instinctively that a terrorist cell is at work.

Liz, immediately reports her findings to Charles Wetherby, her superior at M15, and a surveillance operation is swiftly put into place.

So when Wetherby pulls Liz off the case and tasks her to investigate a tip that many years ago a mole was planted in one of the branches of British Intelligence she feels distinctly marginalised. To Liz, the likelihood of a mole seems small, but if Wetherby is right then the potential damage to the Service itself could be immeasurable.

In Secret Asset, the second Liz Carlyle novel, Stella Rimington once again brings all her experience as a former Director General of M15 to bear in a truly compelling thriller that takes the reader into a world where no-one can be trusted and nothing is what is seems.

Stella Rimingtonjoined the Security Service (M15) in 1965 and was appointed Director General in 1992. She was the first woman to hold the post and the first Director General whose name was publicly announced on appointment. Following her retirement from M15 in 1996, she became a non-executive director of Marks and Spencer and published her autobiography, Open Secret. The first Liz Carlyle novel, At Risk, was published in 2004.

“This is something rare: the spy novel that prizes authenticity over fabrication”
–Mail on Sunday